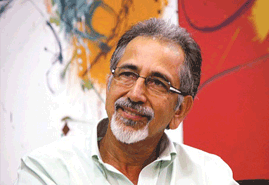 It was in 2005 that we started the e-auction of coal. This was sorely needed as the unregulated sectors and traders were able to pick up large quantities of coal directly from Coal India at notified prices which were at 50% of the market price. Needless to mention traders were able to make bumper profits by selling coal bought at notified prices to actual consumers at twice the price.

This practice was largely stopped when we designed an e-auction process for Coal India Limited whereby the market price was clawed back into Coal India which enabled them to invest this incremental revenue into increasing their production as also improving quality of the coal that was offered to their customers. Since 2005 over 400 million tonnes of coal for Coal India has been sold through the e-auction methodology designed by us and this makes us indeed very proud.

At the time when we had received the approval from the Ministry of Coal to sell coal through e-auction process in an efficient and transparent manner to over 10,000 buyers of coal across the country, we had also suggested that coal blocks should not be allocated but should also be e-auctioned. Unfortunately, despite our best efforts and the efforts of a number of others, both in the Ministry of Coal as well as Coal India Limited, this did not happen.

The CAG many years later in their report mentioned that the country had lost close to Rs 200,000 crore because coal blocks had been allocated in an inefficient and opaque manner and in case they were to be auctioned, the public exchequer would have got this money.

It is indeed wonderful to learn that in the coal block auctions, over Rs 200,000 crore of commitments have been made by the new owners for the coal block that they have won through the e-auction system. And that a further Rs 96,000 crore worth of reduction will take place where coal blocks have been allocated to the regulated sector of power generators.

Not only the CAG and the Supreme Court should be lauded, but most definitely the current Government headed by Prime Minister Modi and the Coal Minister Mr Piyush Goyal. Mention must also be made of the tireless work being done by the Ministry of Coal in general and its Secretary Mr Anil Swarup in particular.